I advise your age: Just tell me if you type with your index finger or with your thumb on the smartphone. No, it's not as simple as that, but it's still noticeable that younger smartphone users in particular unlock them with their thumbs, while older users use their index fingers to do so. Does this have anything to do with the handheld known from the Japanese company NINTENDO - the Gameboy? This question cannot be answered so easily. But nevertheless, the small device has led to a disease being named after it: The Nintendo thumb - similarly disturbing as the tennis elbow, which mostly occurs in professions with excessive mouse use. But how can such "professional" burdens be avoided?

The Federal Ministry for Occupational Safety deals with exactly such questions: The professional world of people is changing: from working under heavy and loud printing presses, working in the office always bent over in front of the flickering monitor, to working with robots that can move tons with their arms. The average person who is to operate these devices or work with them has hardly changed, however. Okay, he's a little taller and probably a little heavier, but he's still as frail as he was 500 years ago. Unfortunately, people are learning how to disable safety switches in a machine, how to bypass circuits or how to disable safety routines in an aircraft, all because they think the machine will work a little faster or better. This means that work at the Federal Office for Occupational Safety and Health is never boring, because human laziness is boundless. In the DASA only a few "laziness" of humans are represented. With funny and nevertheless exciting anecdotes the participants of the culture excursion were informed how some safety precautions, even if they are so annoying, developed, because we want to be honest: An industrial accident often results from the fact that humans ignored or completely deactivated the one or other safety precaution.

The evening was rounded off with a joint visit to the 121st Dortmund Christmas Market, where participants from China, Germany and Jordan took the opportunity to talk to each other. 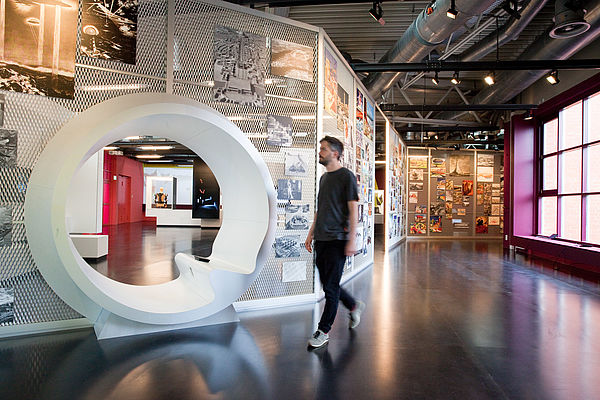